Weather can cause all kinds of problems if you're not prepared. COAPS scientists study risk assessment in three main catagories: 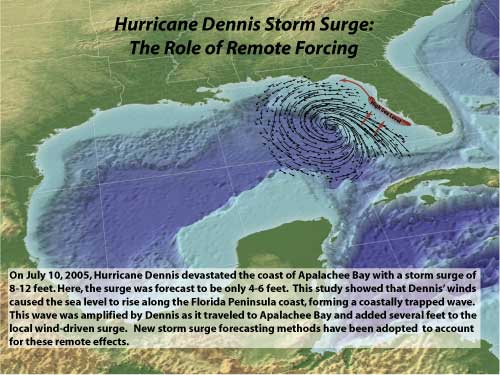 Storm surge can be very destructive to coastal property as was shown by the destruction of Hurricane Dennis. Methods are being used at the Center for Ocean-Atmospheric Prediction Studies (COAPS) to predict the amount of storm surge that will hit the Gulf coast during a storm. For example, Winds from Dennis, which hit in 2005, forced water against the southwestern Florida coast, creating a bulge of high sea level from Naples to around Tampa. COAPS research on storm surge has been published in the Journal of Geophysical Research Letters and made FSU News.  Contact Steve Morey for more information.

COAPS has been a leader in the research of climate variability in North America, particularly as related to the El Niño - Southern Oscillation (ENSO). Through involvement with the Southeast Climate Consortium, studies have concentrated on ENSO - related variability and forecast tools applicable to agricultural interests in the Southeast United States. Research and product development has not only focused on shifts in the traditional climate variables (monthly averaged temperature and precipitation), but also on extreme events such as droughts, severe weather, hurricanes, and damaging freezes. 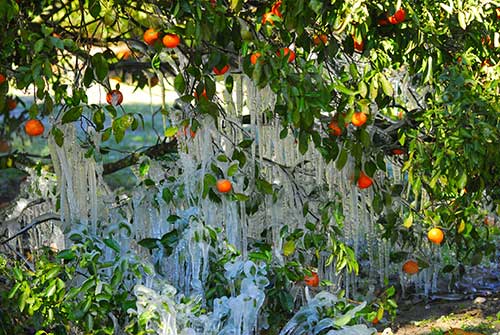 An examination of historical freeze events in central and south Florida revealed a strong connection between ENSO and the occurrence of damaging freezes. Specifically, the severe or damaging freezes tend to occur during the neutral ENSO phase and are much less likely during El Niño or La Niña. Based on the analysis of more than 50 years of historical weather observations, COAPS has developed a probabilistic freeze forecast for the winter season which is released every fall and based on the state of the tropical Pacific Ocean. The forecast is available on www.agroclimate.org and is featured in agricultural extension newsletters and publications such as the Florida Grower and also presented at winter weather workshops around the state. Contact David Zierden for more information.

COAPS has been a leader in the research of climate variability in North America, particularly as related to the El Niño - Southern Oscillation (ENSO). Given that wildfire activity is intimately linked with temperature and precipitation patterns, it naturally follows that ENSO would also have an impact on annual wildfire occurrences. This relationship holds especially true for Florida and the Southeast United States, where there is a strong connection between ENSO and climate during the winter and spring months which overlaps the traditional wildfire season in this region. 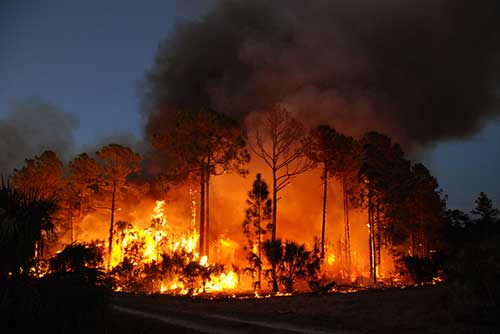 The wildfire risk forecast is based on ENSO phase and the Keetch-Byram Drought Index (KBDI). The KBDI was developed by foresters in the Southeast and represents water available in the upper layers of the soil. The KBDI is used extensively in forestry and wildfire applications. The wildfire risk forecast gives monthly probabilities of the KBDI reaching critical values from January through July, coinciding with the traditional wildfire season in the Southeast. The forecast is released in January each year and updated throughout the season. Results are available on www.agroclimate.org and are presented each year at the National Seasonal Assessment Workshop, sponsored by the National Interagency Coordination Center. Ongoing support for this project comes from the NOAA RISA program and USDA Risk Management Agency. Contact This email address is being protected from spambots. You need JavaScript enabled to view it. for more information.