The mission of the Center for Ocean-Atmospheric Prediction Studies (COAPS) is to promote interdisciplinary research in air-sea interaction, the coupled ocean-atmosphere-land-ice earth system, and climate prediction on scales of weeks to decades in order to increase our understanding of the physical, social, and economical consequences of coupled ocean-atmospheric variations. COAPS is part of the Florida State University (FSU) College of Arts and Sciences and COAPS teaching faculty are also members of the FSU Department of Earth, Ocean and Atmospheric Science. 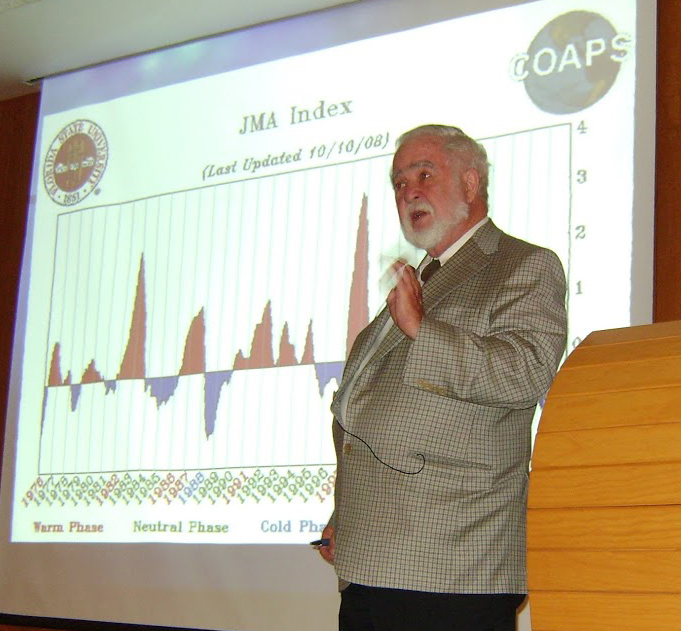 COAPS was established at the Florida State University in 1996 by the Florida Board of Regents during a time when oceanographic research was undergoing a signficant evolution. New technologies were being invented and used (including specialized satellites) that helped scientists to predict and model the changing current patterns of the ocean. Prior to its official lauch, the team of researchers and students that comprised COAPS, led by founding director Dr. James J. O'Brien, were known as the Mesoscale Air-Sea Interaction Group (MASIG).The group's early research emphasis was in ocean modeling, which led to new breakthroughs in understanding coastal upwelling, El Niño, La Niña, and hurricane effects on the ocean. COAPS researchers used their growing knowledge of El Niño and computer modeling techniques to help Florida cope with the unpredictability of semi-tropical weather, including hurricanes. At the time of his retirement in 2006, Dr. O'Brien was professor emeritus of meteorology and oceanography at FSU. 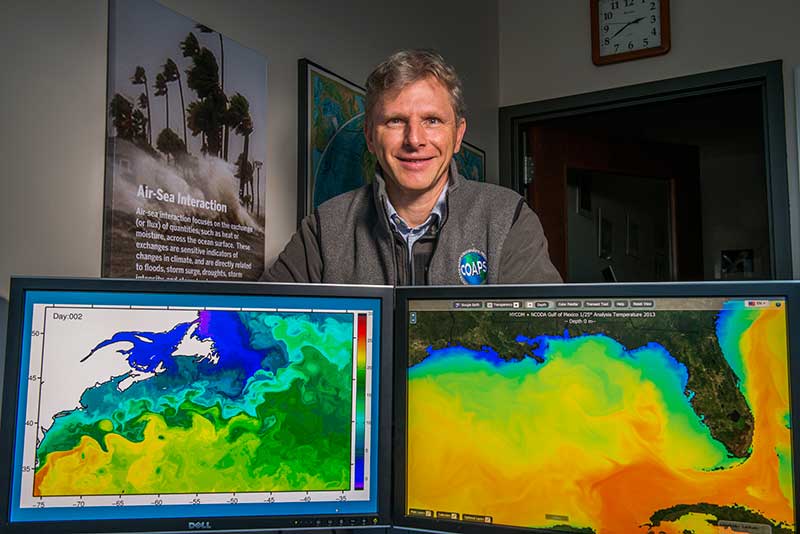 Dr. Eric Chassignet is a physical oceanographer, an expert ocean modeler, and active member of the ocean science community.

Dr. Eric Chassignet joined COAPS as the center director in 2006, bringing his extensive experience on the role of the ocean in climate variability from the complementary perspectives of coupled ocean-atmosphere modeling and observations. Under Dr. Chassignet's leadership, the Center's emphasis has expanded to include the study of thermohaline circulation, western boundary currents, associated eddies and their impact on the world ocean circulation.

Today, COAPS commands an annual budget approaching $12 million, almost entirely generated by grants from sponsors and partners. The center employs more than 70 people (researchers, staff, and students) working on research topics ranging from agriculture to satellite studies. COAPS participates in a number of centers and consortia, including the Florida Climate Center (the Office of the State Climatologist). Click here for a copy of COAPS' by-laws (updated 3/3/14).